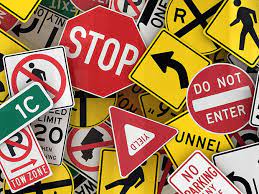 With the first term of school now well underway, and the dark nights rapidly closing in, drivers should be aware that they must look out for children when behind the wheel. Avoiding road traffic accident claims involving children involves careful, attentive and patient driving, so people should stay well within the speed limit and keep their eyes out for any potential hazards.

The surrounding streets on many schools have a 20mph speed limit, and built up areas usually have a 30mph limit. Research by Direct Line found that while 64% of drivers think that the traffic on local roads is frequently too fast and poses a danger to children on bikes or on foot, and while 65% think action should be taken to make cycling and walking safer in village and town centres, schools and residential areas, a huge number of drivers still regularly break the speed limit.

This is particularly dangerous around school opening and closing times and in the early evening when children play out. In road traffic accident claims involving collisions with pedestrians, the victim has a 95% likelihood of survival in an accident at 20mph, but at 40mph this falls to just 10%. It is thought that excessive speed is a factor in around 1,000 deaths and 38,000 injuries every year.

Every day, five children aged 16 or younger are seriously injured or lose their lives in motor vehicle accidents when cycling or walking around. Sticking to the speed limit gives drivers far more time to react to dangers and take evasive action when required.

But the Direct Line study found that 63% of respondents confessed to driving at 35mph or even faster in 30mph zones, with 29% saying they do so on at least a weekly basis. While 67% of people said they feel like other road users put them under pressure to speed, 33% admitted to giving into this pressure so they could drive faster.

Speed limits are not the recommended driving speed, but are the absolute maximum speed that a driver is allowed to go at. Breaking the speed limit and being in a car crash will be a strong indicator of liability in a road accident compensation claim and could make all the difference between an almost inconsequential accident involving minor injuries and a devastating accident leading to the loss of multiple lives.

Drivers who admit that other road users drive too quickly and put children at risk should consider their own driving and ensure they do not make the same mistake – the Direct Line poll reveals that many of these drivers are occasionally speeding around built-up areas.

Direct Line estimates that if 20mph limits were the norm across all residential areas, casualties would be reduced and health outcomes would be improved, which would see the campaign paying for itself several times over. Not only would it cut the number of road traffic accident claims, but it would also help to reduce the UK’s carbon emissions.

People should always drive in the same way they would want other motorists to drive if their children were playing nearby, Direct Line Head of Motor Rob Miles said.