The Benefits of a Plea Bargain in a Criminal Case 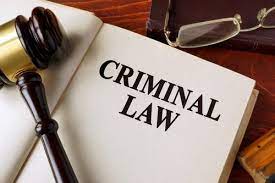 When someone is facing criminal prosecution with the possibility of jail time, he is under a great deal of stress. Much is at stake besides loss of freedom including significant financial loss, loss of reputation, and difficulties in future employment among other probable consequences. Entering into a plea bargain means you, as the accused, are willing to accept a guilty plea which will have a negative effect on your record.

When the evidence in the case is strongly against the accused and the witnesses are likely to appear and testify at trial, it sometimes benefits the accused to accept a plea bargain as the penalties are almost always less than what would likely be handed out by the Judge at sentencing after being found guilty by a jury.

Occasionally, even an accused completely innocent of the charges, can benefit from a plea bargain because the consequences seem more favorable. The accused reasons that it is better to accept probation rather than risk losing at trial which will result in a jail sentence.

Of course, it is rare an innocent person pleads guilty so as not to face the potential jail time from losing at trial, but it does happen.

In short, the benefit for an accused to enter into a plea bargain agreement is to lessen his penalty for the alleged offense. Probation is common for first offenders in a plea bargain whereas that same accused in the same case would be sentenced to jail if he goes to trial and loses.

Lastly, it can not be stressed enough that negotiations for a plea agreement should not be the first option. The attorney should at least examine the evidence and talk with witnesses, including the arresting police officers. This will allow the attorney to clearly see possible defenses, weaknesses in both your case and the government’s case. Then and only then can he best decide your course of action – trial or plea negotiations.